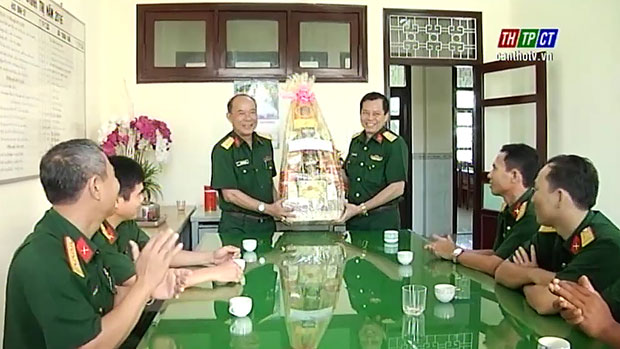 Mr. Trần Việt Trường sincerely thanked the delegation and hoped that the 2 units need to closely cooperate, further promote propaganda and education tasks in the following time, especially implement and organize Directives and Resolutions of the Party, with the aim of creating high agreements among Party members, and approvals of the Party executive committee, officials and soldiers of the city armed force in order to well implement missions./.

The week of talking about tasks of citizens and new students

Presentation of gifts to people affected by COVID-19 pandemic

The week of talking about tasks of citizens and new…

Presentation of gifts to people affected by COVID-19…

Giving gifts to support the medical team in epidemic…