A concert commemorating the late famous and beloved song writer in the country, Trinh Cong Son will be held at Hanoi’s French Cultural Centre L’Espace on July 17. 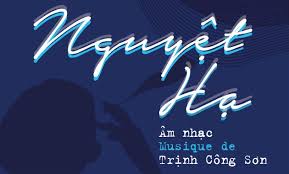 Three artists, who live and work in different countries, will have a talk over the melodies and lyrics of songwriter Trinh Cong Son. Sometimes the conversation, is busy, sometimes it’s calm. It is empty and full of singing and sounds of guitar and flute, making a return to the serene space of Trinh Cong Son music.

Each song has its own origin, bringing a memory that embeds the audience in a quiet area, which floats between memory, forgetting and melancholy.