The nine-month imports of coal reached 10.5 million tonnes, shooting up 147 percent from a year earlier, and this trend will continue in the next years to meet economic growth demand and ensure energy security. 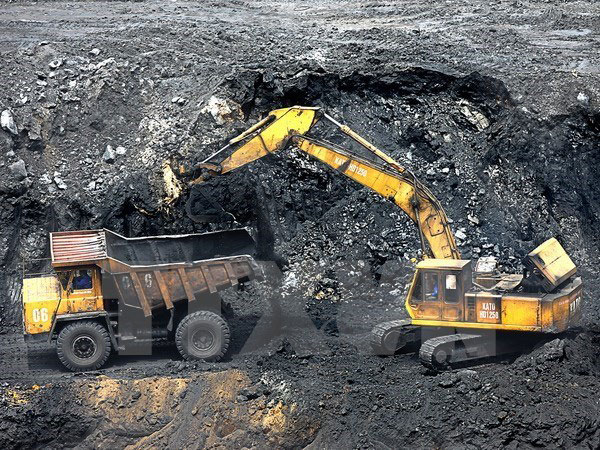 Nguyen Khac Tho, Deputy Director General of the Ministry of Industry and Trade’s General Department of Energy, made the remark at a teleconference held by the Government’s website on October 24.

He said the coal industry is facing an array of difficulties as global prices have continuously tumbled in recent years, and it must dig deeper into the ground to mine for coal.

Although the unsold inventory is quite high, 10.8 million tonnes, there is a shortage of clean coal for domestic consumption.

Meanwhile, many taxes and fees on domestic coal mining have risen continually.

The natural resources tax alone is already 7 – 10 percent higher than that in regional countries.

Additionally, many countries have slashed their coal export tariffs to zero percent, which is also the rate of coal import tariff in Vietnam.

As a result, there has been a surge of coal imports, and Vinacomin was forced to reduce its production activities, which in turn has affected its employees, Bien noted.

Deputy Director General Tho said the import of coal for thermal power plants is very important to energy security of the nation.

As planned, Vietnam will have to import a big volume of coal after 2017 and the purchase will increase sharply from 2020, mainly to serve thermal power factories.

He added the Ministry of Industry and Trade has revised the plan for coal industry development until 2020, which prioritises coal for domestic use and looks to gradually cut down exports. It states that Vietnam will ship abroad only the types of coal that aren’t in demand domestically./.