CNN has recently released a trailer featuring the beauty of Hanoi, the capital of Vietnam. 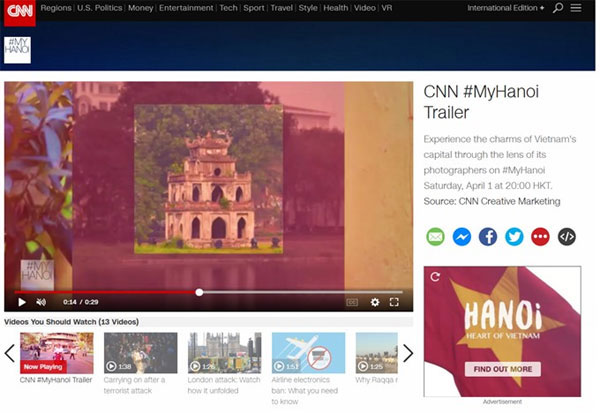 The trailer, with the hashtag #MyHanoi, showcased some of the capital’s stunning landscapes and sceneries including its iconic Sword Lake and bustling Old Quarter as well as some of the city’s signature cuisine.

My Hanoi’s goal is to capture the charm of the city through the lens of its photographers. Maika Elan, one of six chosen Hanoi-based photographers, said each artist picked his/her favourite Hanoi locations to show the CNN film crew.

The 30-minute video was made as part of CNN’s city discovery series including My Tokyo, My Bangkok.