The Electricity of Vietnam (EVN) said that the group fixed problems and resumed power supply to the central provinces of Nghe An and Thua Thien-Hue. 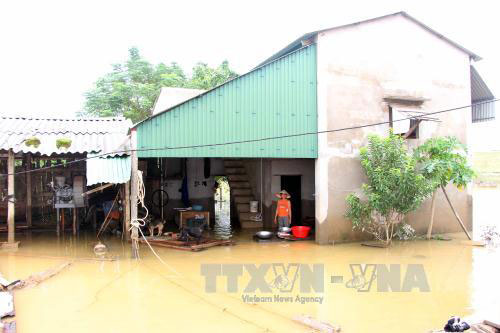 Areas suffering from flood in Nghe An have been reconnected to the electricity grid. (Source: VNA)

Electricity has not returned to its normal level in Le Thuy, Bo Trach, Quang Trach and Tuyen Hoa districts, which are still inundated.

The EVN is instructing its affiliates to quickly fix problems caused by rain and flood in the central region in order to bring electricity back to local people right after water recedes./.