Can Tho to hold Southern traditional cake festival

A Southern traditional cake festival will take place in the Mekong Delta city of Can Tho from April 6 to 9. 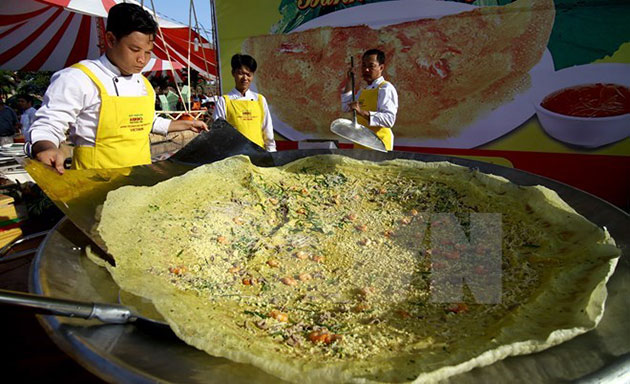 The municipal People’s Committee along with the Department of Culture, Sport and Tourism, the Investment-Trade-Tourism Promotion Centre and the International Exhibition Fair Centre held a working session in the city on February 14 to discuss preparations for the event.

As many as 200 booths will be set up, of which 100 booths will introduce traditional cakes of the Southern region while the remaining will feature specialties from other regions and foreign countries.

More than 160,000 visitors are expected to attend the event.

Highlights of the festival will include cake-making performances and contests, folk games, Southern folk music and dances.

Standing Vice Chairman of the municipal People’s Committee Le Van Tam noted that relevant agencies need to cooperate to ensure food origin and quality, along with traffic safety and accommodation for tourists./.