Can Tho speeds up trade relations with Germany 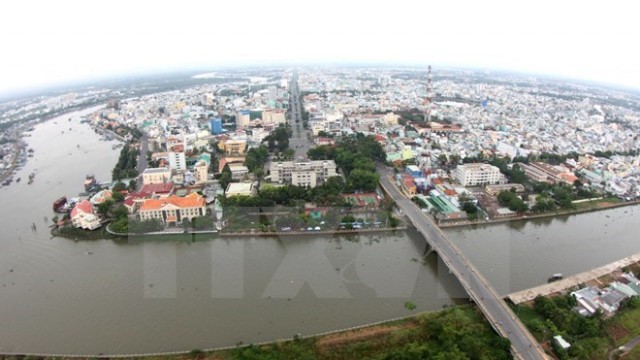 A view of Can Tho city (Photo:VNA)

Can Tho is eager to speed up its trade relationship with Germany through cooperative promotion programmes with mutual benefits.

The announcement was heard at a working session between Vice Chairman of the Mekong Deltacity’s People’s Committee Truong Quang Hoang Nam with a delegation from the Ministry of Foreign Affairs, and representatives from the Delegate of German Industry and Commerce (DGIC) in Vietnam in the city on October 1.

Besides traditional products, the city yearns to introduce new products such as fresh fruit and high-quality apparel to the European country, he added.

Head of the DGIC Marko Walde highlighted that Germany shipped 1.5 million USD worth of goods to the southern city in the first eight months of the year. German enterprises are eyeing more information regarding the Can Tho market to develop factories in rice production, processing, trading and export, sewage treatment and engineering construction.

For his part, Deputy Foreign Minister Bui Thanh Son pledged to act as a bridge to link enterprises from the two sides through trade promotion programmes and international fairs. He also vowed to provide news on markets and taxation of the host country for enterprises of both sides to prevent unnecessary economic losses caused by a lack of information.-VN