Can Tho, RoK association cooperate in rice production

Representatives from the Can Tho city People’s Committee and the Korean Food and Rice Association met in the Mekong Delta locality on December 12 to discuss ways to expand cooperation in rice processing and export. 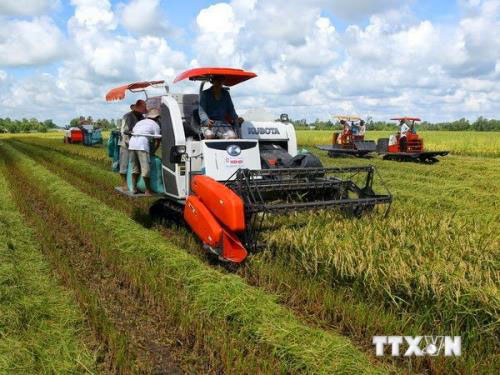 The meeting took place ahead of the inauguration of the association’s representative office in the Vietnam-Korea Incubator Park in the Tra Noc 2 Industrial Park on December 13.

According to Vice Chairman of the municipal People’s Committee Truong Quang Hoai Nam, Can Tho has become a potential destination for enterprises from the Republic of Korea (RoK) and many firms decided to pour investment into the locality.

The RoK Government also invested in many big projects in Can Tho like the Vietnam-Korea Incubator Park in the Tra Noc 2 Industrial Park, and a water supply plant in Vinh Thanh district, Nam said.

For his part, Chairman of the Korean Food and Rice Association Kim Nam Doo said the establishment of the association’s representative office in Can Tho is a strategic decision as the city is a food and rice centre in the Mekong Delta region.

The office will serve as a bridge promoting partnership between Vietnamese food firms and member enterprises of the association in the time ahead, he affirmed.

Units under the department of Labor, Invalids and Social Affairs offered Tết wishes