Can Tho applies City Prosperity Index to promote sustainable growth

The Mekong Delta city of Can Tho is aiming for sustainable growth between 2017 and 2025 through the application of the City Prosperity Index (CPI). 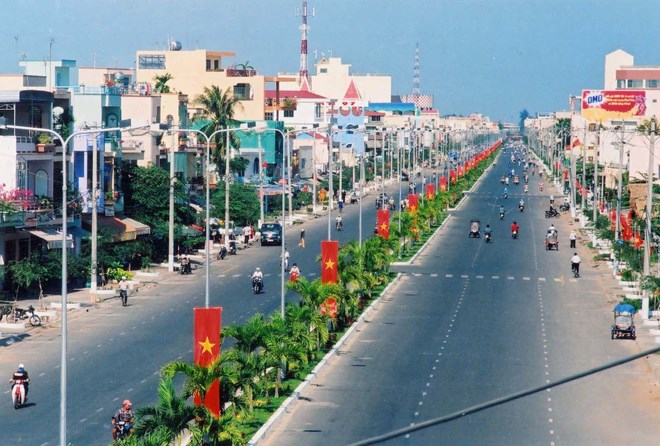 A street in Can Tho (Photo: VNA)

The CPI is a global initiative designed by UN-Habitat to measure the overall achievements in a city that are related to how cities create and distribute socio-economic benefits or prosperity.

The municipal People’s Committee launched on March 21 a cooperation programme with the UN-Habitat Regional Office for Asia and the Pacific (ROAP) to apply the CPI.

Can Tho is the only Mekong Delta city in Vietnam that ROAP assists to pilot the index.

Nguyen Trong Cuong, Director of the Can Tho Institute for Socio-Economic Development Studies (CIDS), said statistics show that as of 2016, the city was one of the localities with the fastest urbanisation rate in Vietnam and has had to face an array of development challenges such as water treatment, energy consumption, infrastructure development, social housing and public space, the gap between urban and rural areas, traffic congestion, and environmental pollution.

That fact requests the municipal administration to precisely assess urban growth to improve the urban governance, he noted, adding that the CPI is the best choice.

Vice Chairwoman of the municipal People’s Committee Vo Thi Hong Anh said the CPI will help Can Tho to pinpoint its strengths and weaknesses, thus making appropriate development policies.

It will also help persuade investors to do business in the city and update residents about the use of the tax they paid and the policy implementation.

Pham Thi Ngoc Bich from UN-Habitat in Vietnam said the basic and expanded CPIs for Can Tho were basically completed, basing on data from local reports, the city’s statistical yearbook, and information from the UN and the World Bank.

However, some important information is still needed.

In 2017, UN-Habitat will open training courses on CPI for local relevant agencies and work with the CIDS to remove bottlenecks in the CPI application, she added./.