Budget revenues amount to US$32 billion in the nine months

Budget revenues reached VND718.3 trillion (US$32.2 billion) in the first nine months of the year, accounting for around 70% of the annual target, a representative of the Ministry of Finance said in its quarterly press briefing early this week. 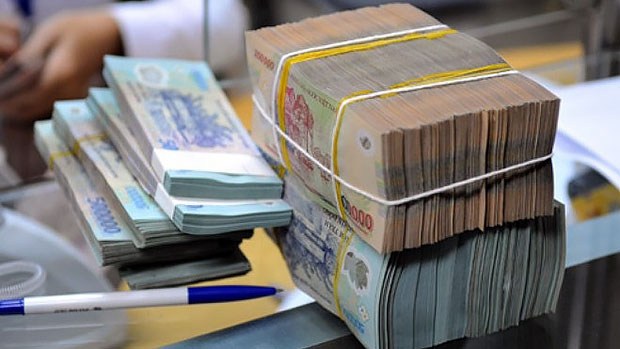 Budget revenues reached US$32.2 billion in the first nine months of this year.

The figure also represented an increase of 5.2% compared to the same period last year.

Specifically, budget collection from crude oil in the first nine months was only VND29.8 trillion, representing a year-on-year slump of 41.9%.

Contribution to the State budget by State-owned enterprises during the period was only equal to 96.7% of the funds paid to the reserves in the corresponding period last year.

Meanwhile, budget expense totaled VND870.5 trillion, up 5.7% from the figure a year ago.

Via budget expenses, the State overspent VND152.2 trillion in the first three quarters of the year.

The amount is equivalent to 60% of the quota that the National Assembly had allocated for overspending in 2016./.