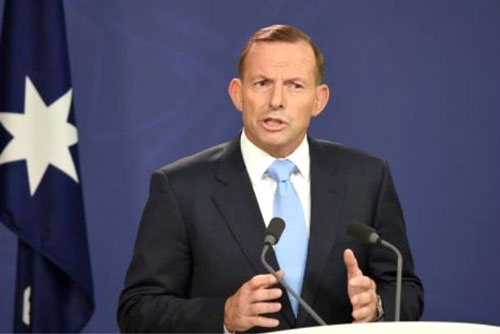 In an interview in Canberra, he said Australia has maintained a clear position on the East Sea, not taking sides in the many territorial disputes in that region but deploring any unilateral alteration of the status quo.He held that disputes should be settled peacefully in accordance with international law, and Australia will do what the country can to uphold freedom of navigation on the sea and in the air. “It’s long been our position and it will continue to be our position,” he stated.

At a security dialogue in Singapore late last week, Australian Defence Minister Kevin Andrews also called on China to stop the construction of artificial islands in the East Sea.

Australia had made clear its opposition to any coercive or unilateral actions to change the status quo in the East Sea or East China Sea, he said.

He said his country is particularly concerned with the prospect of militarisation of artificial structures, stressing that all regional partners represented in the area have an enduring interest in maintaining safe and stable maritime trade and air passage.

Meanwhile, US authorities revealed that China built up about 800 hectares of new territory in Vietnam’s Truong Sa (Spratly) archipelago, including 600ha so far this year.