The role of ASEAN, an organisation to promote economic growth, support peace and develop culture, was introduced at a conference held at the Matias Romero Institute in Mexico City, Mexico on February 23. 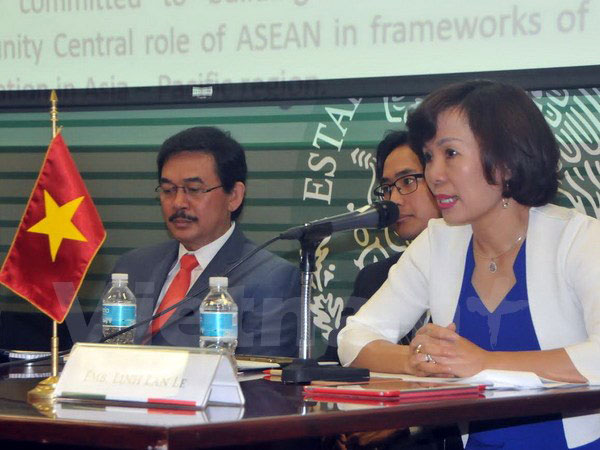 The event was jointly held by ASEAN state members including Vietnam, Malaysia, Thailand, the Philippines and Indonesia.

Speaking at the conference, Vietnamese Ambassador to Mexico Le Linh Lan stressed the importance of ASEAN to Vietnam, saying that joining ASEAN was a giant leap in the country’s Doi Moi (renovation) policy and serves as a base for promoting external relations.

She also noted that ASEAN is one of the most important organisations in the region, helping tackle security challenges and cross-border issues, in particular non-traditional security matters.

The ASEAN community has voiced concerns over the East Sea issue and pledged to protect peace, security and freedom of navigation and aviation and obey the the Declaration on the Conduct of Parties in the East Sea (DOC), she said.

On the occasion, the embassies of Vietnam, Malaysia, Thailand, the Philippines and Indonesia in Mexico held an exhibition to popularize images of countries and people in the bloc./.