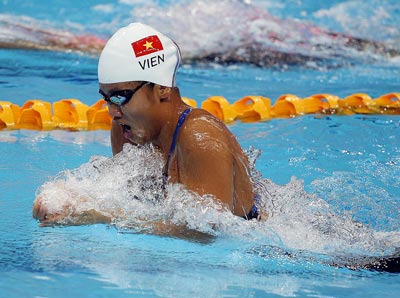 Meanwhile, Duong Thuy Vy continued to have a successful competitive day to win a gold medal with the score of 9, 70 in wushu competition. This is considered as the first gold medal of Vietnam’s wushu team at the 2015 SEA Games because earlier Vietnam only had a silver medal in the men’s Tai Chi category.

As schedule, Vietnam delegation participates in swimming, billiards and snookers, apparatus and boxing category on June 8.