The Vietnam Offroad Cup (VOC) racing tournament will take place on September 24-25 at the Culture Tourism Village of Vietnamese Ethnic Groups in Hanoi. 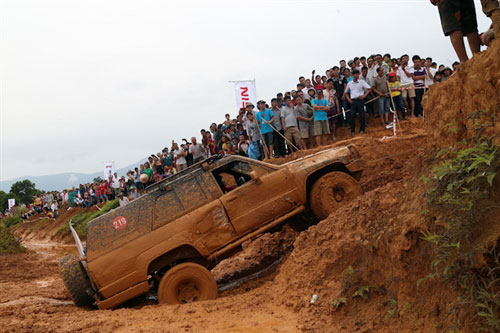 Vietnam Offroad Cup will be organised on September 24-25 in Ha Noi. (Photo: otofun.net)

The competition, which is the largest of its kind in the country, is in its eighth edition this year and has attracted more than 60 teams, an increase of 10 percent compared with last year.

Competitors will take part in three categories with eight routes.

Those who want to test their own abilities can take part in the sideline adventure event which requires skills of orientation, finding routes and overcoming challenges at night.

At the VOC event, apart from enjoying interesting tours, people will get an opportunity to exchange experiences improve their driving technique.

Despite being an amateur competition, VOC’s best drivers will be selected to be trained extensively to take part in regional and international tournaments, according to organisers.

The Culture Tourism Village of Vietnamese Ethnic Groups is some 40km west of the city./.