All nations must adhere to 1982 UNCLOS: Ambassador

All countries, regardless of big or small, must have goodwill and responsibility to comply with regulations in the 1982 United Nations Convention on the Law of the Sea (1982 UNCLOS), Vietnamese Ambassador Nguyen Phuong Nga has said at a plenum of the UN General Assembly. 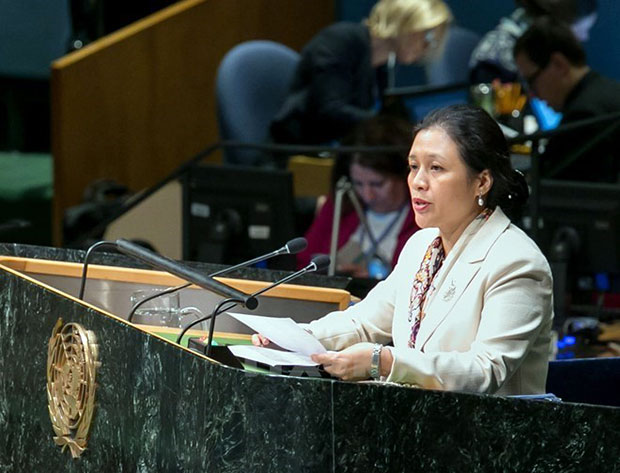 The UN General Assembly convened a plenary meeting at the UN’s headquarters in New York, the US, on December 7 with a focus on Agenda Item 73, themed “Oceans and the law of the sea”.

They discussed the UN General Assembly’s draft resolutions on oceans and the law of the sea, sustainable fisheries, and the World Tuna Day.

They also looked into reports by the UN Secretary-General on issues pertaining to oceans and the law of the sea.

In her speech, Ambassador Nga, head of Vietnam’s Permanent Mission to the UN, lauded recent efforts by the UN General Assembly and subordinate agencies, especially those to attain the outcomes of the 17th meeting of the UN Open-ended Informal Consultative Process on Oceans and the Law of the Sea, the 26th meeting of States Parties to the UNCLOS, and meetings of the preparatory committee on the conservation and sustainable use of marine biological diversity of areas beyond national jurisdiction.

Vietnam also highly values the success of the ISA’s 22nd session, efforts to consider reports of the Commission on the Limits of the Continental Shelf, and activities of the ITLOS and other dispute settlement mechanisms to interpret and apply the 1982 UNCLOS, she noted.

She affirmed that this Convention is the most important legal document stipulating all ocean and sea-related activities, and is also a comprehensive and effective framework to peacefully resolve disputes.

It contributes to peace and security while ensuring safety, security and freedom of navigation and overflight at sea.

As one of the first nations to sign and ratify the UNCLOS, Vietnam has continually adhered to the Convention’s regulations, respected rights and legitimate interests of other countries, and actively engaged in activities held within the Convention’s framework, Nga added.

Regarding complex developments in the East Sea, the diplomat stressed that Vietnam calls on all relevant parties to exercise self-restraint, settle disputes by peaceful means on the basis of international law, including UNCLOS, respect diplomatic and legal processes, implement the Declaration on the Conduct of Parties in the East Sea (DOC), and expeditiously finalise a Code of Conduct (COC) in the waters./.