Up to 228 Vietnamese fishermen, who were released by Indonesia on September 14 after caught for illegal fishing in its seas, arrived in Vung Tau city in the southern coastal province of Ba Ria – Vung Tau safely on September 16. 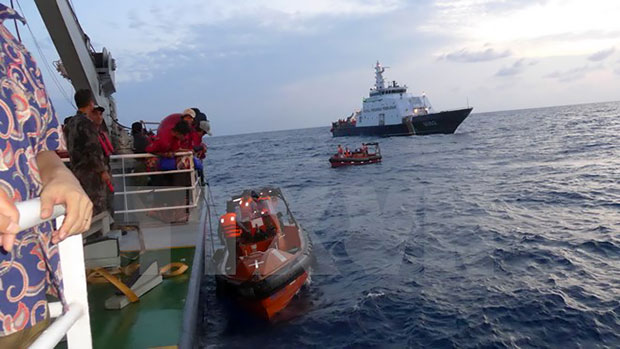 The fishermen were transported by the fisheries surveillance vessel KN 490, and then delivered to representatives of the localities hosting them, according to the Foreign Ministry.

This is the largest number of Vietnamese fishermen to be released by the Indonesian side.

Previously, upon Indonesia’s announcement on returning the fishermen in September, Prime Minister Nguyen Xuan Phuc assigned related ministries and localities to actively work together to bring the fishermen home as soon as possible, ensuring their safety.

The Foreign Ministry, related ministries, and Vietnamese representative offices abroad have joined hands to protect the legitimate rights and benefits of the fishermen when they were caught or put into trial.

The agencies have been working to strengthen management and monitor fishing activities of Vietnamese fishermen to ensure that they abide by international laws./.