1,200 workers affected by Can Tho factory fire

500 people have been evacuated and 1,200 workers will be affected after a large fire burnt down a Taiwanese garment factory in the Mekong Delta city of Can Tho Thursday, according to local authorities. 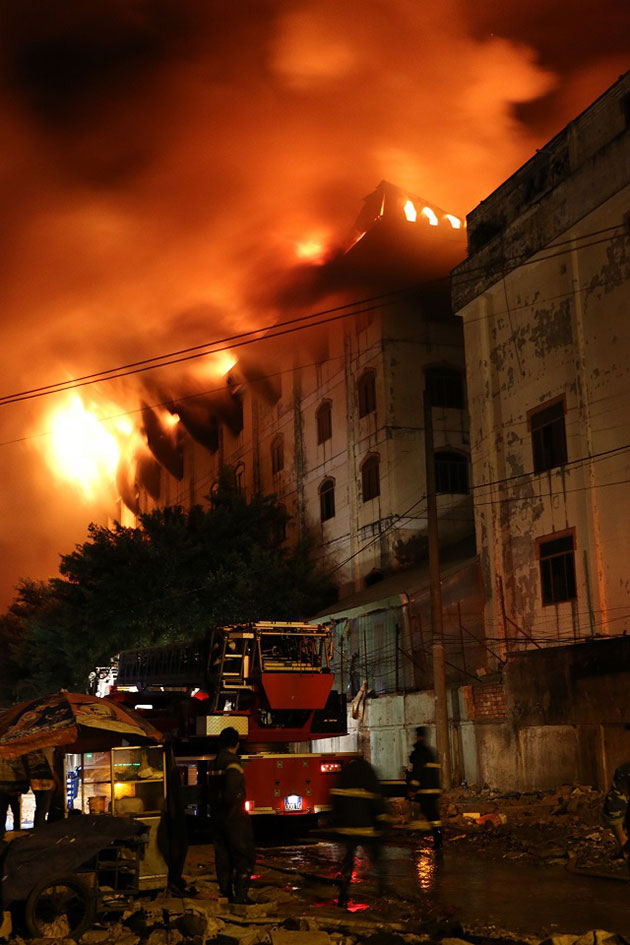 According to a report by the management board of Can Tho Provincial Industrial Park and Export Processing Zone released at an urgent meeting about the fire on Friday morning, the fire started at around 9 am on Thursday at the top floor of a five-storey building at Kwong Lung – Meko Garment Company in Tra Noc Industrial Zone.

Hundreds of workers were forced to flee.
The fire quickly spread over the floor with a 1,800 square-metre fabric store.

Some 200 firefighters were mobilised from several neighbouring provinces and HCM City who managed to stop the fire at 3 pm.

But the fire broke out again at around 5pm and was not controlled yet by 8 am today while the cause of it was still not clear.

A representative from Kwong Lung – Meko Garment Company said that the fire at the material store may affect work of 1,200 workers.

Vo Thanh Hung, head of the management board of Can Tho Provincial Industrial Park and Export Processing Zone is calling for the local department of Labour, Invalid and Social Affairs to support the workers and local banks to provide preferential loans to the company.

Its factory covers about 17,000 square metres and has more than 1,300 workers in the Tra Noc Industrial Zone, about 15km from the centre of Can Tho City./.