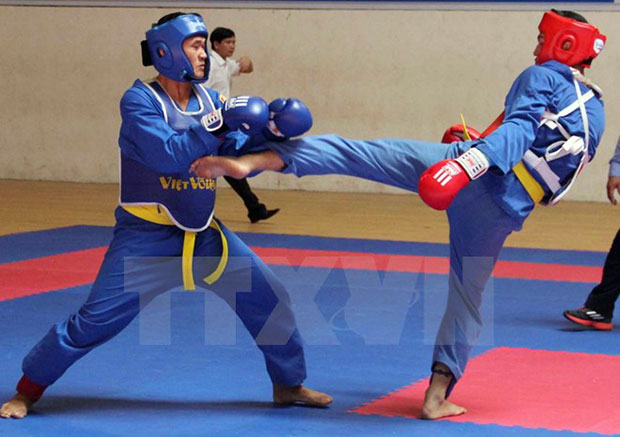 A competition of Vovinam, a traditional martial art of Vienam (Photo: VNA)

At the tourney, wrapping up on July 29, Vietnam outstripped other countries when pocketing 12 gold medals and one silver medal in performance events and seven golds and one silver in the combat category.

The championships attracted nearly 250 athletes from 27 countries and territories such as France, Germany, Spain, Australia, Myanmar, Laos and Cambodia. They competed for 45 sets of medals.

The first ever tournament is said to have impressed foreign delegations as it was not simply a competition but also a festival for lovers of Vietnam’s traditional martial arts from around the world.

It was co-held by Ho Chi Minh City’s Department of Culture and Sports and the World Federation of Vietnam Traditional Martial Arts./.