The Vietnam National Satellite Centre (VNSC) under the Vietnam Academy of Science and Technology has recorded significant progress in developing human resources and operating satellite and space infrastructure projects. 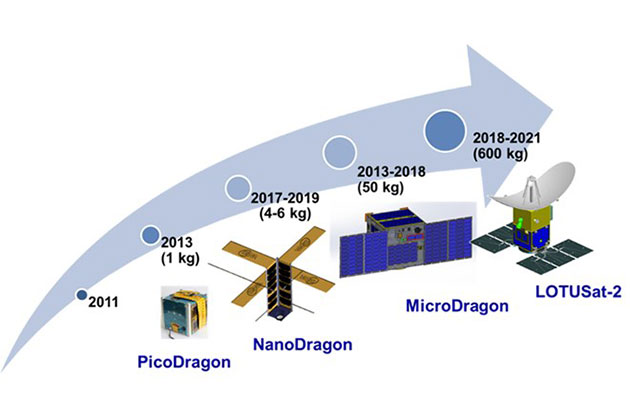 According to VNSC Director Pham Anh Tuan, the space industry in Vietnam has high demand for quality workers, but has faced a shortage in human resources for years due to a restricted number of educational facilities.

The VNSC, founded in 2011, has worked to tackle the issue.

It has sent engineers to universities in Japan to learn about satellite technologies, while signing educational pacts on space science with three Vietnamese universities.

It launched the Vinasat-1 and Vinasat-2 satellites into space in 2008 and 2012, and the remote-sensing VN Redsat-1 and micro satellite “PicoDragon” in 2013.

VNSC engineers joined their Japanese peers in researching and manufacturing the 50kg MicroDragon satellite, which is scheduled to be launched in 2018.

The MicroDragon aims to observe coastal areas of Vietnam to evaluate water quality, marine food resources and follow up on changes in coastal areas to inform the fish breeding sector.

Under the satellite development roadmap, Vietnam will also launch the LOTUSat-1 and LOTUSat-2 satellites, which were designed by Japanese experts and will be assembled and piloted by Vietnamese engineers, by 2019 and 2020, respectively.

These are expected to provide data, contributing to improving the efficiency of agricultural production and mitigating damage caused by natural disasters.