Prime Minister Nguyen Xuan Phuc and his four deputies on December 23 join in a campaign to raise funds for flood-hit people in the south-central region. 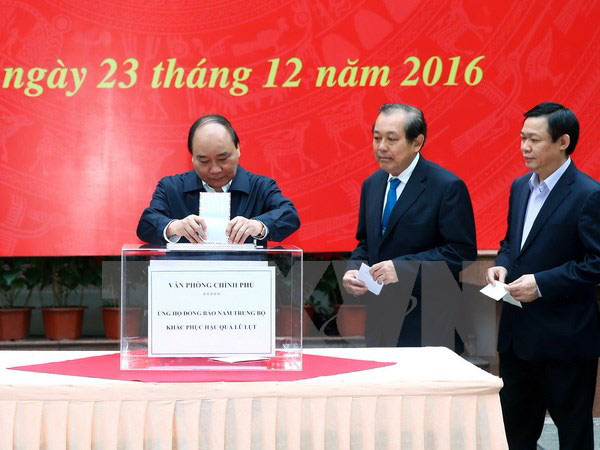 Prime Minister Nguyen Xuan Phuc and other deputies at the campaign (Photo:VNA)

This was the second fund-raising drive organised by the Prime Minister’s Office, with the first event on October 18 collecting nearly 400 million VND (17,600 USD).

Since October, the central and Central Highlands regions have faced five floods triggered by heavy rains.

The total losses are estimated to exceed 8.5 trillion VND (377 million USD), bringing the total figure since the beginning of the year to over 37.6 trillion VND (1.65 billion USD).

Earlier, on December 21, PM Phuc toured the affected areas in the south central province of Binh Dinh, where the natural disaster has taken the hardest toll./.