The export value of agro-forestry-aquatic products reached 10.8 billion USD in the first four months of 2017, a year-on-year surge of 9.1 percent, according to the Ministry of Agriculture and Rural Development. 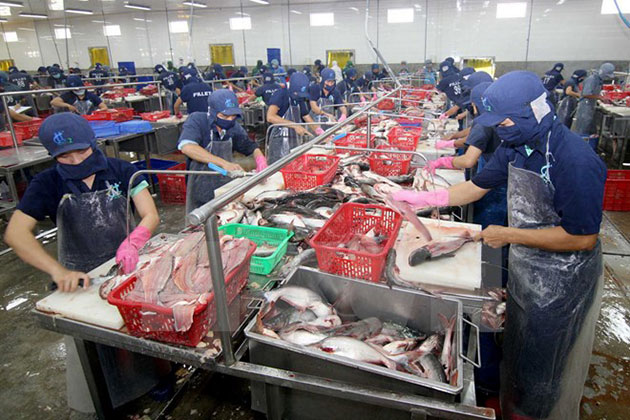 The country raked in 1.34 billion USD from exporting 592,000 tonnes of coffee, representing a decrease of 10.6 percent in volume but a rise of 19.2 percent in value year-on-year.

Exports of wood and wooden products brought home 2.4 billion USD in the four-month period, rising 12.7 percent over the figure of 2016.

The US, China and Japan remained Vietnam’s largest import markets.

During the period, Vietnam also shipped 2.1 billion USD worth of aquatic products abroad, gaining a growth rate of 8.2 percent year-on-year.

The four biggest import markets included China, the US, Japan and the Republic of Korea.

The country splashed out 8.52 billion USD to import agro-forestry-aquatic products from foreign countries, up 21.4 percent from last year’s figure./.